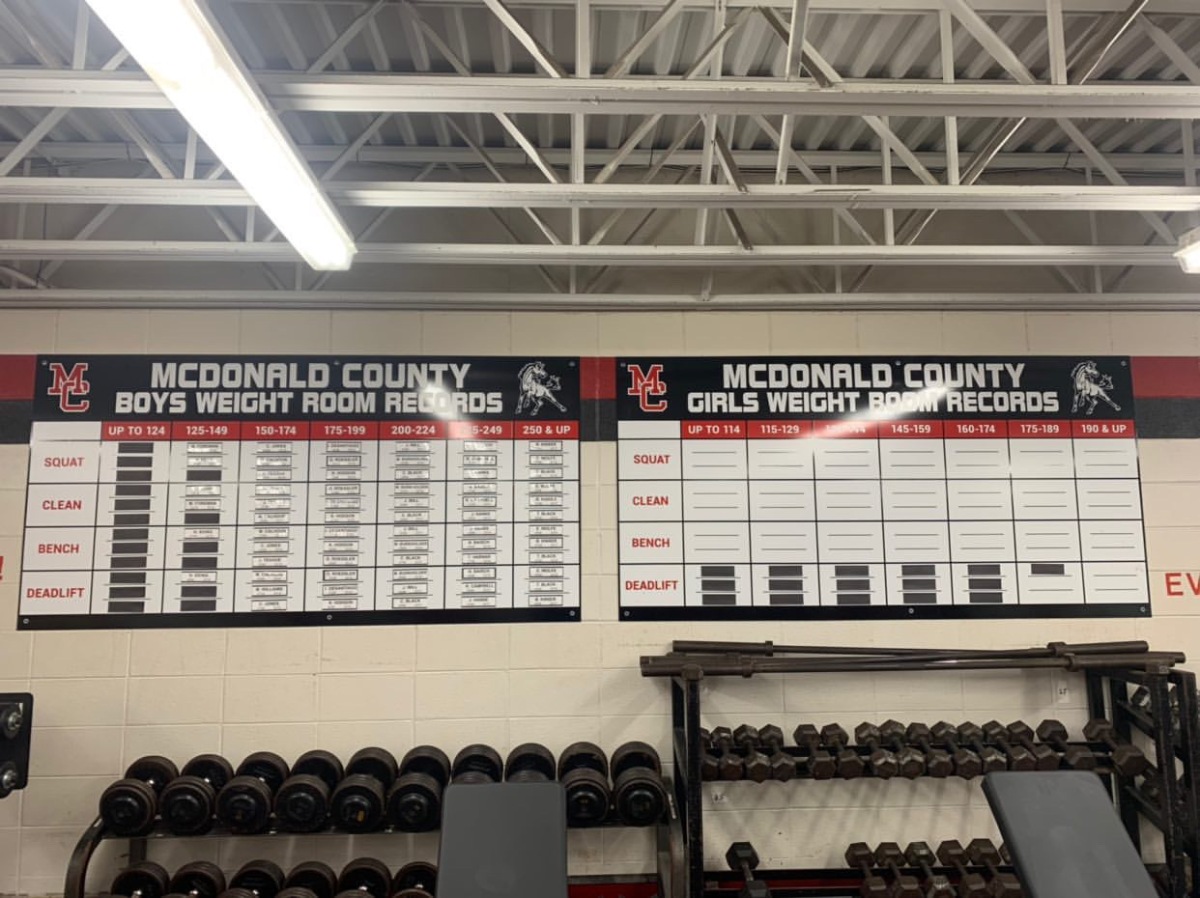 On the girl’s side there are 7 (Jackie Grider,  Emily Thornton, Nicole Estrada, Ebenee Munoz, Zoe Thornton, Kylan Horton-Sherman, Reagan Myrick). Led by Grider, and Thorton (Thorton a multiple state champion). The girl’s side is small in numbers but big in heart and strength.

What Makes this Team Different

I spoke to the head coach of the power lifting team (Coach McCullough) about what makes this year’s team different and special from his past teams, and he said that this year’s team is very different. From lots of heavyweight lifters to more lightweight-middleweight athletes, McCullough is very impressed with the teams success with this new style and hopefully this team continues to impress.

Over the past 4 years of competing, the team has gotten 10 team awards with an average of 4 meets a season. But there is still something missing from the awards, a first place at state. They have gotten very close over the years, bu they haven’t had enough people. McCullough states, “It’s a numbers game.”

The team needs just a few more people to win state from 35-45 athletes. The closest was 2018 where they placed 2nd but fell short because they didn’t have enough athletes. Hopefully this years squad gets gold March 7th at Glendale with this new type of personal from lots of 200 lb-250 athletes to more 125-175 lifters.