Three Dark Crowns by Kendare Blake  is a novel that takes place in a dystopian setting on three islands that are inhabited by three types elementals, poisoners, and naturalists. One queen rules over all three islands, and after their time is up, they are gifted with triplets that are one of three types. When the triplets come of age, they are tasked with being raised on the island of their type to hone their gift, and they are raised to rule and be queen. The triplets can’t live together when they come of age because they must not gain feelings for their sisters because when the time comes they are to kill each other. Only one can rule.

This novel follows the story of three of the next generation queens in training Mirabella, Katherine, and Arisnoe. Katherine is a poisoner and is pushed hard to earn the spot of queen because the last generations have been ruled by poisoners, and so she has a lot of pressure to kill her sisters and become queen especially since she has a problem with consuming poison. Arisnoe is the naturalist and is not your typical queen; she plays in the dirt and hunts. Most importantly, she doesn’t want to be queen because she wants to leave to the mainland. She is predicted to be first to die, and to top all of that off, she also does not have a gift. Mirabella the final sister is an elemental, and she is predicted to be queen because she is one with a strong channel to her gift. However, she also has memories of her sisters and doesn’t want to be the cause of their deaths. These three sisters are destined for greatness, but everyone questions whether they will be able to kill each other. Guess you will have to read it and find out.

This novel was really well writte,n and much like other books, the author went with a format of changing perspectives every chapter. This is specifically a great way to write this book because you get the story and emotions from each and every queen. That and it was written in third-person so you don’t know who is going to win; therefore, you also don’t know who is going to die. This novel has the perfect mix of thrill and action to it. Just reading it made me think I was actually in their world and experiencing it with them,. I have no quarrels with this story because I didn’t see anything wrong with the storyline or the way each action followed each other. Everything flowed easily together like a story should.

I really liked this story because it has so much to show deeply hidden underneath the story itself. The first thing I noticed was that in a world filled with queens that it always falls into disarray. With unorganized order; things tend to fall into chaos. Another was how much society has an effect on people specifically children. This story is about triplets being born to kill each other, and when you are taught that is what you have to do that, then you become a victim to societal pressure and feel as if it is your duty to fulfill. This, isn’t right under circumstances, because in the story Mirabella doesn’t want to kill her sisters on the count of memories she has of them, and the high priestess tells her it is just dreams or nerves getting to her. This shows that if a society has an agenda they will do or say anything to finish it even if they have to lie about it. This book is well written and I highly recommend it, so if you love thrilling action and fantasy, then get down to your local or school library and check out Three Dark Crowns by Kendare Blake.

This site uses Akismet to reduce spam. Learn how your comment data is processed. 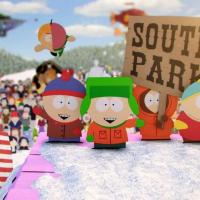 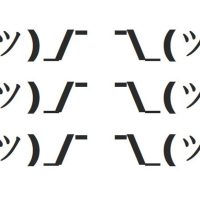